It is early February and after an extensive spell of dry weather when the temperature was often well below zero for long periods it has finally snowed, then rained and then frozen. A good time to stay at home in front of the fire with a Sunday paper, perhaps? Well, as an alternative to that attractive prospect some IAMC members chose to meet at Egypt Mill in Nailsworth at 10am on a Sunday morning and after a reviving coffee we set out on foot to spectate on a section of the famous Cotswold Clouds Classic Trial.

Trials pit man and machine against natural obsticles, often rutted, stony tracks ascending through woodland at seemingly impossible angles and the Nailsworth Ladder is a famous example of just such a challenge. 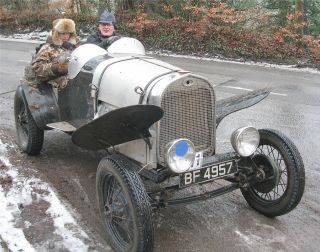 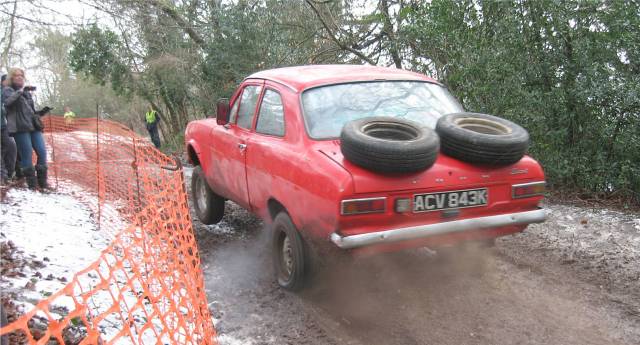 The object of the exercise is to get as far as possible up each 'section' without stopping, although a forced restart is sometimes required for some classes. The vehicles taking part range from purpose-built specials and rear engined saloons via pre-war cars to some highly unusual and unlikely vehicles, often of some age. 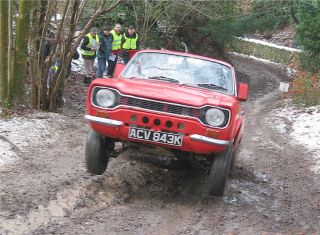 While there were no Italian cars taking part, as least one competitor had chosen a Fiat Twin-Cam power unit and the sheer variety of vehicles and the widely differing ways in which they are driven makes every competitor interesting. While trials specials were to be expected to do well, some kit cars -such as the Marlin- proved very able and the pre-war cars, such as MG's, confounded their frail appearance by climbing very successfully.

We were all particularly interested in the way in which the less-likely cars fared. While a Beetle or an Imp is an understandable choice, it was good to see rear-engined Skodas, Mk1 Escorts and even an aged BMW performing well. 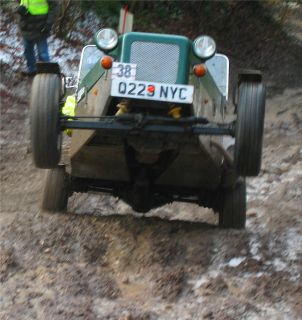 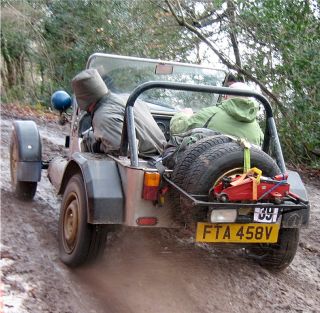 The time flew by as we watched car after car adopt amazing angles in their quest for the summit of the hill, but eventually we returned to the Mill for an excellent lunch. Thanks to everyone who turned out in less than ideal conditions -the vehicle below was just around the corner from the Mill!-and what they say about Italian cars must be true, as all but one in our group were red!