GWID is quite the opposite of our Bristol gathering, BIAMF. There is no advance entry and the location changes from year to year, although we always try to choose somewhere that has hard standing (we've all had enough of wet grass by September!) and some additional interest. Thus we returned to this site which we last used in 2007, an interesting location with historical, retail and refreshment facilities to add to our enjoyment of the day.

That said, the omens were not particularly good. After a week of unsettled weather the conflicting forecasts seemed only to agree that we would all get wet at some point and with the high cost of fuel and moving their event to the same date also being factors which could act against us, we wondered if there might be a drop in numbers this year. 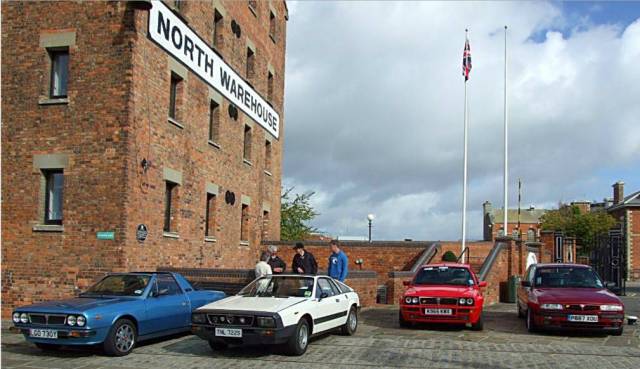 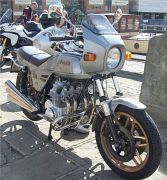 However, come the day and a very respectable turnout of Italian machinery assembled on the quayside, with motorcycles in particular showing a marked increase over previous years, along with lots of scooters who were on their way to a rideout but still joined us for a while. Although blustery, the day was sunny with only short rain showers at lunchtime and as the last entrants were leaving.

Informal awards were made to the entries present in the early afternoon which the organisers found the most appealing in the following categories: Alfa Romeo; Competition Car; Fiat; Lancia; Modern two-wheeler; Older two-wheeler; and Supercar. The recipiants are pictured below in that order. 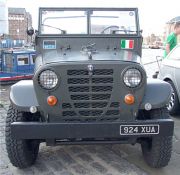 One of the strengths of this event is the way in which there is usually very little duplication of exhibits and also the rarities which always seem to show up. The display also attracted plenty of interest from the general public and it was a very enjoyable way for enthusiasts to spend an Autumn Sunday.